The Miller team has had quite a journey since assuming ownership of the historic theater in the fall of 2011, when the Board of Directors for Symphony Orchestra Augusta unanimously voted to accept the gifted building from Peter Knox IV.

The first public announcement was a press conference in June 2012 to announce the vision of SOA to revive the venue for a vast array of performances downtown. At this event, a standing room only crowd heard from various speakers about plans to purchase the adjacent building at 710 Broad Street, in order to integrate that space into a larger complex. The goal for the Miller project was announced: create of a hub for music productions and education, as well as a social destination for the blossoming downtown Augusta. 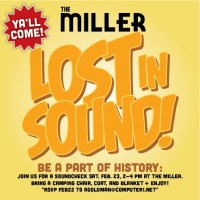 Another milestone was a Sound Check, at which the public was invited to attend and serve as “living sound absorbers” so that the acoustic assessment team could determine sound quality in the space with an audience. The event was a cozy social event in the cold February afternoon, with patrons bringing chairs and blankets, wearing coats, and enjoying a short performance by a few members of the Symphony Orchestra volunteering their time for the cause. 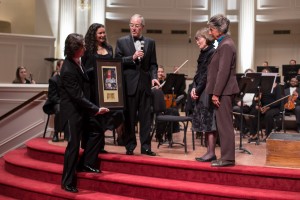 Symphony Orchestra Augusta invited the media to join their concert at First Baptist in February 2014 for a special announcement regarding the Miller Project. SOA Board Chair Brian Marks revealed the official name of the Knox Music Institute. Members of the Knox Family accepted the dedication. The Knox Music Institute will be housed in the recently acquired 710 Broad Street building, adjacent to the historic theater. (millerknox) 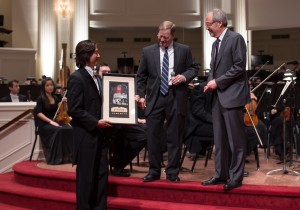 Symphony Orchestra Augusta invited the media to join their concert at First Baptist in January 2014 for a special announcement regarding the Miller Project. Levi Hill IV, Project Chair, made comments and showed a short film prior to the performance. Immediately following intermission, he announced the naming of the performance hall: the Brian J. Marks Hall, in honor of SOA Board Chair and Miller Project Donor Brian Marks. (miller PRESENTATION)

We open the project to the public for support in October 2015, then begin construction, and await our grand re-opening in the fall of 2017. The Journey continues!