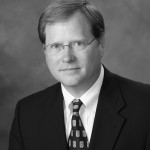 Since 1940 the Miller has played an important role in Augusta’s entertainment history. But you have to go back a long way to discover when Augusta’s theater life first began.

It was in 1798 that Augusta’s first theater was built on the banks of the Savannah River at 4th Street. After it burned in 1833 another theater was built and then another, and then yet another… And the story goes on until February 1940 when downtown Augusta saw her last grand theater open, the Miller. By this time the city had been home to over fifteen theaters! I guess you could say that we Augustans have “grown up” with theater and the arts.

The Miller is one of the country’s finest examples of post-Depression architecture known as Art Moderne or Streamline. Since her closing in 1983, this handsome structure has stood tall on Broad waiting for a time when life would return. We’re marching closer to that time.

The architects for the Miller renovation are entering an important phase of their work called Design Development and after that, the Construction Document phase. These segments will take a number of months to complete, and as we continue our progress I’d like to take this opportunity to say thank you to the many volunteers and committees who’ve been overseeing the path forward and also to our donors and supporters for enabling this grand endeavor.

Even in its current state, the Miller is a cool place to see. And as the SOA enters its 60th season, there will be a number of opportunities to visit the Symphony’s future home and better understand how the adjacent building (710 Broad) will be joined with her to create a true center for music, arts and music education.

Hope to see you there.

Intrigued, excited, and enamored by technology and life. 30 plus years providing businesses with marketing, design, and strategies for success. Specializing in WordPress, Magento, and SEO. View all posts by DPR