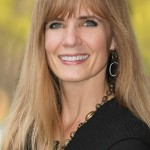 I just wanted to say how much I enjoyed being a part of the Miller scene during Arts in the Heart 2014! I am so, so thankful to Brenda Durant for extending the border, because it made a HUGE difference compared to last year’s attendance. I was there last year, I believe, also on a Sunday.
As people walked in, I did not engage them beyond the basic greeting, but instead chose to talk to them as they were leaving, asking them questions such as “what did you think?” and to ask if they had any questions. Sure, I had a few people that only said enough to keep going, but by in large most were eager to tell me what they thought. Certainly, I heard stories about “first dates” and others that recalled their childhood memories. The Miller was definitely core to the downtown, so there was much excitement to know that the theater will be restored to something better than they remember. I spoke with a range of people, but I made a point to speak with the younger crew. I wanted to hear what they thought. To my surprise, the level of enthusiasm that they had ran the gamut. And here you have those who have no memory of the theater and some that did not know the icon existed let alone its rich history. There was surprise at the enormity of the space, genuine interest in the restoration efforts, questions about the timing and when/if it would happen (actually, that was a recurring question), and the usual questions about what events could be held there.
No one turned down the business cards that I distributed, but matter of fact welcomed the information. I did not sense any pessimism, but witnessed excitement at all levels. Even emotional excitement. One girl, who looked to be in her early 20’s, broke out in tears because she was so overwhelmed. I cannot say why she had become so emotional, but nevertheless she was moved either by the endeavor or what could have been a certain fate for the theater. I also had several people ask how or when they could make a financial contribution. There was another person who was visiting from Savannah who saw there was festival going on so decided to drop by, and was most impressed with the Miller and wanted to stay “in the know.” And then there were others that wanted to help in other ways including giving ideas or writing a blog of their own.
Like so many of those that I spoke with at Arts in the Heart, I believe that an investment in the Miller will bring to downtown Augusta many of the benefits we predicted and others that come as a welcome surprise. People recognize the value of a vibrant downtown and want to see these buildings occupied. With the rebirth of the Miller Theater and the wonders it will bring, more goodness will surely follow ~

Intrigued, excited, and enamored by technology and life. 30 plus years providing businesses with marketing, design, and strategies for success. Specializing in WordPress, Magento, and SEO. View all posts by DPR